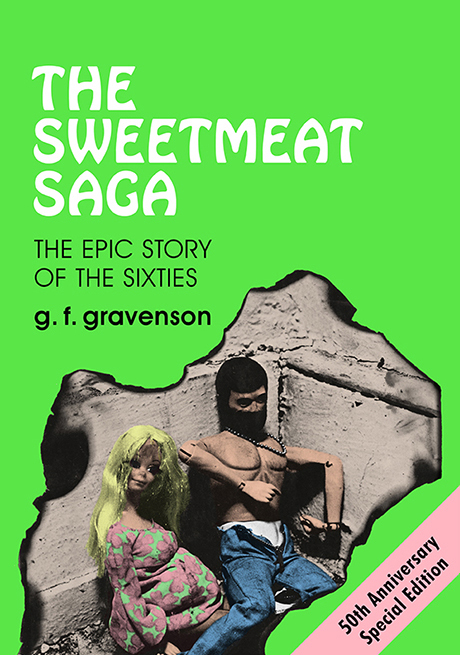 "The Sweetmeat Saga, An Epic Story of the Sixties deserves to be left in a time capsule because it beautifully describes the [1960s] without drifting into maudlin nostalgia. . . . The best thing about The Sweetmeat Saga is the way it's told. Instead of ordinary sentences and paragraphs, Gravenson has dropped standard literary form altogether and used snippets of conversation, plot, and commercials to create an intricate aural collage; like the Firesign Theatre on paper, or maybe more like constantly flipping the TV dial and trying to piece together a story from seemingly unrelated fragments. . . . The Sweetmeat Saga might be hard to find because it was first published in 1971 and has since gone out of print. But just wait and read it when you get the chance. It has its flaws, but these are far outweighed by its plate-juggling literary technique and its har-dee-har type humor."
— The Cincinnati Enquirer, April 7, 1973