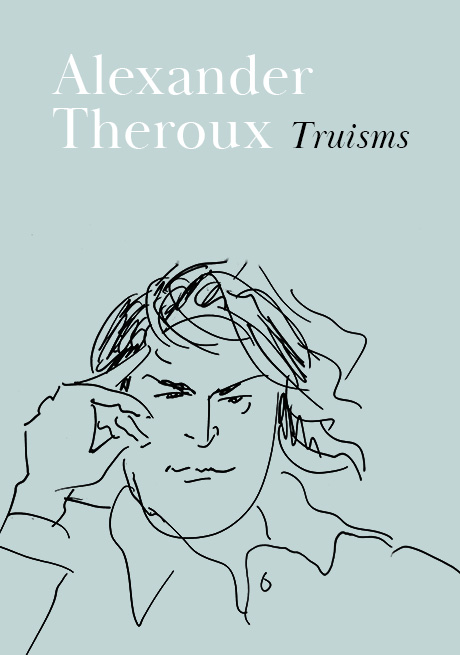 Alexander Theroux's Truisms, a collection in almost 400 pages that compile his unique observations in rhyming quatrains (abab), is an amazing undertaking, It compiles in a sense what is at once a gathering of original maxims, a litany of opinions, an examination of culture, a list of axioms, a compendium of universal truths, as well as general foibles that, no matter how painful to hear—"Speaking truth requires exposure" is in fact one of his truisms—that becomes an assemblage or album of personal opinions that, as an anthology, constitutes an autobiography. A truism provides a way of seeing. Its pithiness—a thought closed like a door with a bang—demands in its condensed presentation, the kind of mind that hopes for, indeed depends upon, sudden agreement. It bears in its assertion the sort of declaration of the kind that demands intellectual assent, claiming truth in a sense with the force of insistence, having in it a sense of immediate recognition. Although it is in the tradition of Benjamin Franklin, Artemus Ward, Dorothy Parker, Josh Billings, Ambrose Bierce, and Mark Twain ("Few things are harder to put up with than the annoyance of a good example." "As to the adjective: when in doubt, strike it out," etc.), you will find no book like it.