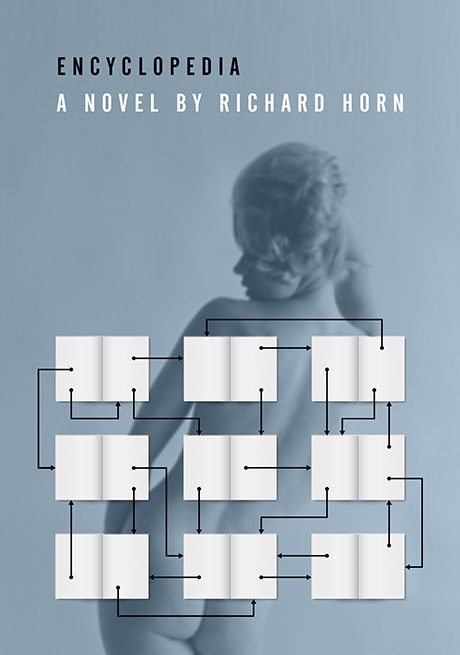 New edition of Richard Horn's forgotten literary oddity (and his only published novel), Encyclopedia, originally published by Grove Press in 1969.

The narrative is entirely multilinear, and the author's preface advises the reader not to read it from beginning to end, but rather to explore the book following the cross-references.

"The author's treatment of the subject, the inventive structure of the book make it something with which the student of the novel ought to become familiar."
— Green Bay Press-Gazette, November 30, 1069

"There is some excellent comedy in the book and some of the descriptions of the swinging scene are extremely entertaining. Horn also has a very considerable gift as a parodist."
— The Province (Vancouver, BC), October 25, 1969

"It's a daringly original idea, but it comes off successfully and effectively. . . . Author and publisher alike are to be commended for their venture into the use of such an extraordinary device."
— Argus-Leader (Sioux Falls, SD), November 2, 1969