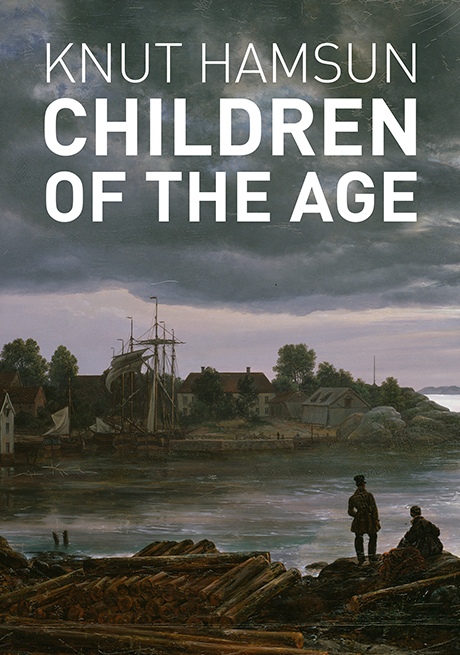 Children of the Age was a commercial success when it was first published as Børn av Tiden in Norway in 1913. Isaac Anderson, writing in The Literary Digest International Book Review (1924), described it as "Hamsun's art at its best," and, while concluding that was "not so great a novel as Growth of the Soil," it had the same epic quality, and "deserves, and undoubtedly will have, a high place among the novels of our time."

J. S. Scott's English translation of the novel was published by Alfred A. Knopf, Inc., in 1924. Unlike most of Hamsun's other novels that were released in the U.S. shortly after he won the Nobel Prize for Literature in 1920, the English version of Children of the Age has never been reissued, despite recent published translations in French, German, Russian, Portuguese, Swedish, Czech, Romanian, and Estonian.

Hamsun described Children of the Age as "a novel about the war between the aristocrat and the peasant." The Encyclopedia of the Novel (2014) called it "a historically based—and utterly scathing—critique of modernity." And the Hamsun Centre (Hamsunsenteret) website wrote: "In Children of the Age a family's rise and fall are used to describe the decline and fall of a whole epoch. Thematically the novel has similarities to Thomas Mann's Buddenbrooks (1901), with Hamsun's humour being the stylistic difference between the two."

Briefly, the novel is the story of Lieutenant Willatz Holmsen, patriarch of Segelfoss, a small semi-feudal estate in the north of Norway. When a rich self-made industrialist returns from years abroad, Holmsen finds his authority challenged and his finances jeopardized. At the same time, the novel chronicles the breakdown of his family life with his wife Adelheid and son Willatz IV. The novel and its sequel, Segelfoss Town (1915), are described by Monika Zagar in Knut Hamsun: The Dark Side of Literary Brilliance (2009) as "much more than dry social analysis; indeed, they investigate, in rich novelistic form, the propagation and survival of a family."