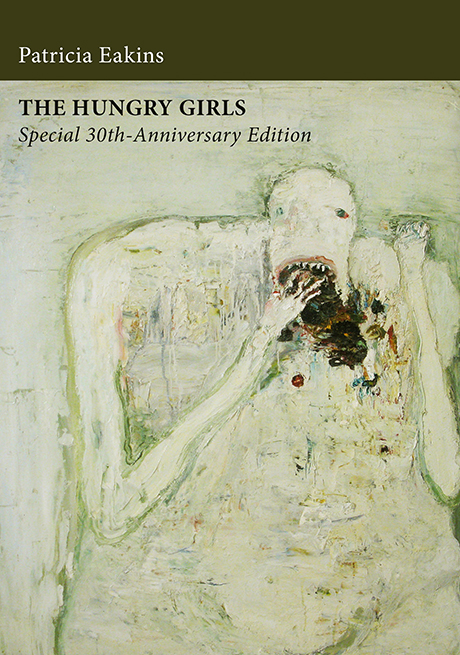 30th-anniversary edition of Patricia Eakins's critically acclaimed collection of 13 stories, "a modern bestiary which reworks the stuff of mythologies, spanning the cultures of the planet."

"Patricia Eakins's territory is in that tangled thicket of the imagination somewhere between Borges and Burroughs, between the fairy tales of Grimm and the magic realism of the South Americans, a kind of Invisible Cities as animal sanctuary ... It is a work of imaginative brilliance, a considerable achievement in modest disguise. ... Readers interested in the pleasure of surprising fictions will go out of their way to find ... Patricia Eakins's triumphantly quirky first book."
— Jonathan Baumbach, The New York Times Book Review

"A stunning mixture of mythology, surrealism, anthropology and nature, the thirteen stories in this collection are a tour-de-force of originality, imagination and style. ... The Hungry Girls is quite simply one of the most intriguing and entertaining new collections of short fiction I have read in recent years."
— Greg Boyd, Asylum

"Patricia Eakins's The Hungry Girls is as rare a creature as those that populate its pages, a genuinely original, beautiful, and disturbing work of art. It is a kind of imaginative bestiary for our times, but a bestiary in the same sense that Borges's Ficciones is a collection of myths or that Calvino's Cosmicomics is a scientific treatise. And it shares with these works a lightness of touch, comic wit, and astonishing inventiveness."
— Robert Coover