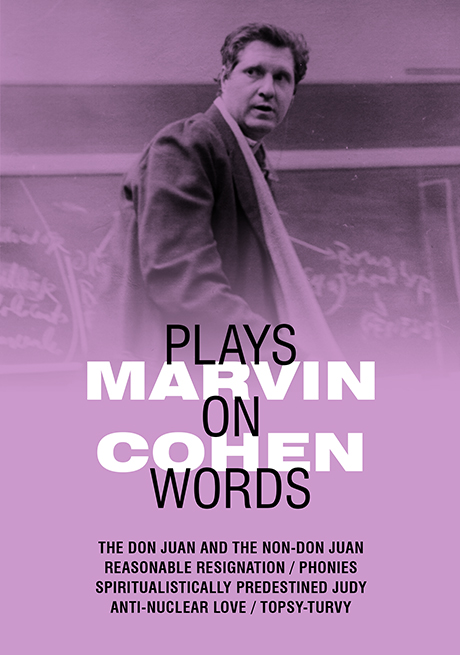 "The term 'character' was coined with Marvin Cohen in mind. A gentle observer of the unpredictable and slightly absurd, Marvin has a fondness for mankind that is unmistakably his own. Sometimes I think of him as a comedian-chronicler standing at the center, his head turned slightly toward your line of speaking to accommodate his hearing aid. . . . The strength of his writing stems from his baroque sense of humor and his ability to see both the world and himself as wonderfully delightful miscreants." — Joseph Papp, Plays from the New York Shakespeare Festival

"Once you start reading Marvin Cohen, it's very hard not to start thinking like him and then eventually talking like him, which can raise the eyebrows of your more conventional friends. His stream-of-consciousness paragraphs are like delicious Christmas puddings, as if Virginia Woolf had hired a wild group of Restoration writers like Sheridan and Congreve to make her desserts for her. All paragraphs are served with a brandy-infused hard sauce of cold, blunt frankness. Unforgettable, and you'll beg for more."
— Wallace Shawn