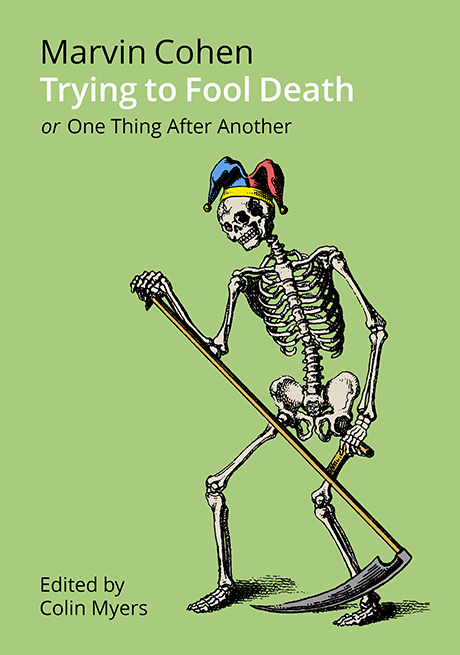 This book comprises verse and dialogues drawn from Marvin's almost daily emails to a group of friends. It focuses on Marvin's acute awareness of his mortality; on death and living, on memories, on friendship and lost friends. The pieces obsessively work and rework these themes, with a viewpoint varying from the joyous to the despairing, and from the stark to the absurd.

To help achieve his goals, Marvin delights in tropes such as conundrums, contradiction, punning, extended lists and elegant variation. He revels in long, complex titles for both dialogue and poetry, sometimes to the extent that his titles can be read as separate pieces. In his poems he likes multiple rhymes and dubious half-rhymes whilst foregoing formal rhythms, but in his dialogues he is happy to burst into verse.

"In Marvin Cohen one senses the metaphysical thirst, as he questions the notion of reality, as he distorts accepted relationships of time and death, as he approaches dark subjects with the good-natured humour reminiscent of Benjamin Péret, and particularly as he demonstrates his extraordinary power over words and words associations that break down the expected ones."
— Anna Balakian, Surrealism: The Road to the Absolute, 1984