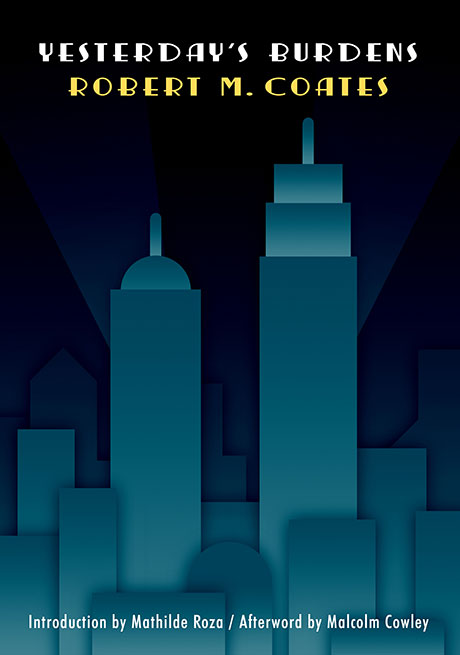 Originally published in 1933 by The Macauley Company, Yesterday's Burdens is the second novel by Robert M. Coates, "Lost Generation" writer and long-time art critic at The New Yorker. Prior to publication, three chapters appeared in The New Yorker under the title "The Dada City" (1930), and another chapter in The American Caravan, a Yearbook of American Literature (1931).

"An arresting, free, unique work of art which may possibly leave an effect on novel-writing in the next few years."
— Vanity Fair, February 1934

"Not easy reading because it is done in the Dadaistic style but worthwhile as a kaleidoscopic picture of our present kaleidoscopic life. Fine humor and written with distinction."
— Scribner's, February 1934

"The writing in detail is always fresh and frequently excellent; some of the isolated episodes ... are no less than beautiful."
— The American Mercury, April 1934