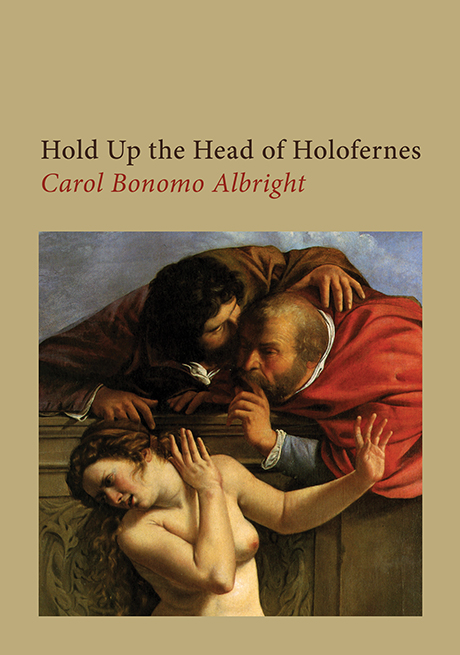 "I read this novel in three happy sittings, thoroughly engaged, even transported. Carol Bonomo Albright is a vivid, fluent writer, and her novel shimmers, becoming what D. H. Lawrence would call a 'bright book of life.' The interlocking and mirroring narratives range widely over time and place, from Rome to Providence, with the confidence of a master storyteller. I recommend this book strongly!"
— Jay Parini (author of Borges and Me, etc.)

"The power with which Carol Albright writes is matched with her vision. She is a true magician, and in this uniquely dramatic account, a saga criss-crossing both time and space, you will marvel at the unforgettable performance she offers, bold with irony, tender with compassion, rich with paradox, unsparing in its truth."
— Alexander Theroux (author of Darconville's Cat, etc.)

"It says a lot about Carol Bonomo Albright's skill that in this novel about three women in three very different historical epochs, ward politics in 1970s Rhode Island becomes as compelling as Resistance activity in WWII Italy and sexual politics in 17th-century Rome. An impressive fictional debut from one of the great champions of contemporary Italian American writing."
— Anthony Giardina (author of White Guys and Norumbega Park)

"An admirable effort to interweave, across time and space, the experiences of three women who, having suffered the violation of their bodies, seek a medium—from artistic to legislative—to express the outrage and injustice that persist to this day. The structure of the novel propels the reader forward effortlessly."
— Elvira G. Di Fabio, Ph.D., Harvard University

Hold Up the Head of Holofernes is a riveting story of three women who experienced similar horrific assaults on their bodies, and one who wants to help victims like them through legislative means. Taking place in three different eras, each of the women taps into her power to heal herself through her own ingenuity and creativity.

Historical figure Renaissance artist Artemisia Gentileschi, lived in the 1600s in Rome. Her paintings of women displayed their power and strength instead of their soft qualities, so often portrayed by her contemporary male artists. Luisa, an aspiring photographer, lived in Rome during World War II, a time when Italy was occupied by the Nazis. We read about her harrowing experiences as a courier for the Resistance. Finally, Maddie, a community college art history teacher and neophyte state representative candidate from modern-day Providence, Rhode Island, in meeting victim Alice, determines to pass helpful legislation not only for Alice, but for all women in her state, while getting a rare insider's view of Providence politics.

Presented with historical accuracy, this compelling novel captures women's place in society, spanning four centuries. "Has there been any change?" is the question each reader must ask.